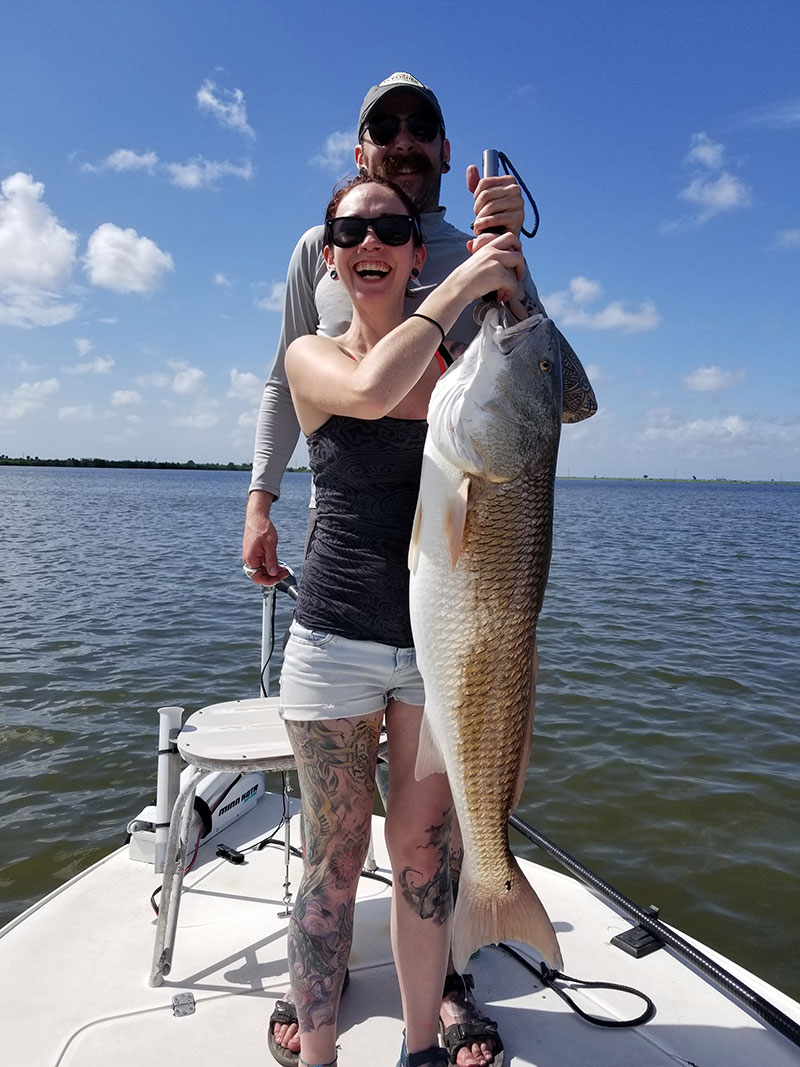 The fishing charters the past couple of months have been pretty good.  With good numbers of redfish as well as sea trout being caught.  We even got on ooccasional days the chance to catch some Black Drum, Tarpon and Snook.  On rare occasion we also got some grouper.  The Tarpon that we caught were juveniles ranging approximately 5 to 20 pounds.  They are known for their spectacular battles and awesome acrobats.  We also got a chance to catch the big boys which range approximately 80 to a 150 pounds.  These fish are truly kings of the water and air when they're jumping out of the water.  The snook are also A-blast living amongst the mangroves hiding and ambushing little jigs that we threw at them.  The red fish did what redfish do best ate shrimp and pulled drag.  They ranged approximately 25 to 35" with one of them well over 45" he was truly a beast.
Well guys with that being said it's time for me to bring this update to an end .  Also wanted to let you guys know I'm currently running a special for anyone looking to do fishing charters around Orlando.  I'm offering a $139 half day special that includes everything you'll need to go fishing the only thing you guys would have to worry about is your food and drinks.  Now is the perfect time to go as the red fish are biting and the air temp and water temp is cooling down making for a great day of fishing.